Residency in Collaboration with Pro Helvetia

Alan Bogana will be undertaking the Pro Helvetia residency split into phases; one month home-based in Switzerland in October, 2020 and two months in Shanghai next year.

Bogana will research topics related to what he calls the “utopian imagination” as well as some aspects of Chinese people’s relationship to light.

Bogana has been remotely researching specific topics such as numerous gadgets that attach lasers to body parts, and the use of lasers in Chinese acupuncture. Next year, he will conduct on-site research on the Chinese space program, its impact on the imagination of Chinese people, indoor skydiving culture, light pollution and its impact on the relationship of Chinese people with the celestial vault, electrical blackouts as well as contemporary visual culture of lasers.

Bogana has been working on the scenario and the development of a computer-generated video work inspired by these topics. The work will explore and expand on the utopian visual culture of laser light, by means of science fiction narratives and motion capture techniques. An augmented, abstract, dematerialized living being made of laser lights will be the protagonist of this new artwork, which—in a peculiar way—will investigate the multiple relationships between light, the human body and technology.

Parts of the computer-generated work developed during the home residency will be integrated in a video essay that will be shot during the on-site residency. The video essay will be enriched by and will intertwine footage, reflections and data from onsite research on the aforementioned topics.

Coaching from Chronus Art Center will aim to provide a critical point of view on the development of this new work and will facilitate remotely-driven research.

Some of Alan’s previous work: 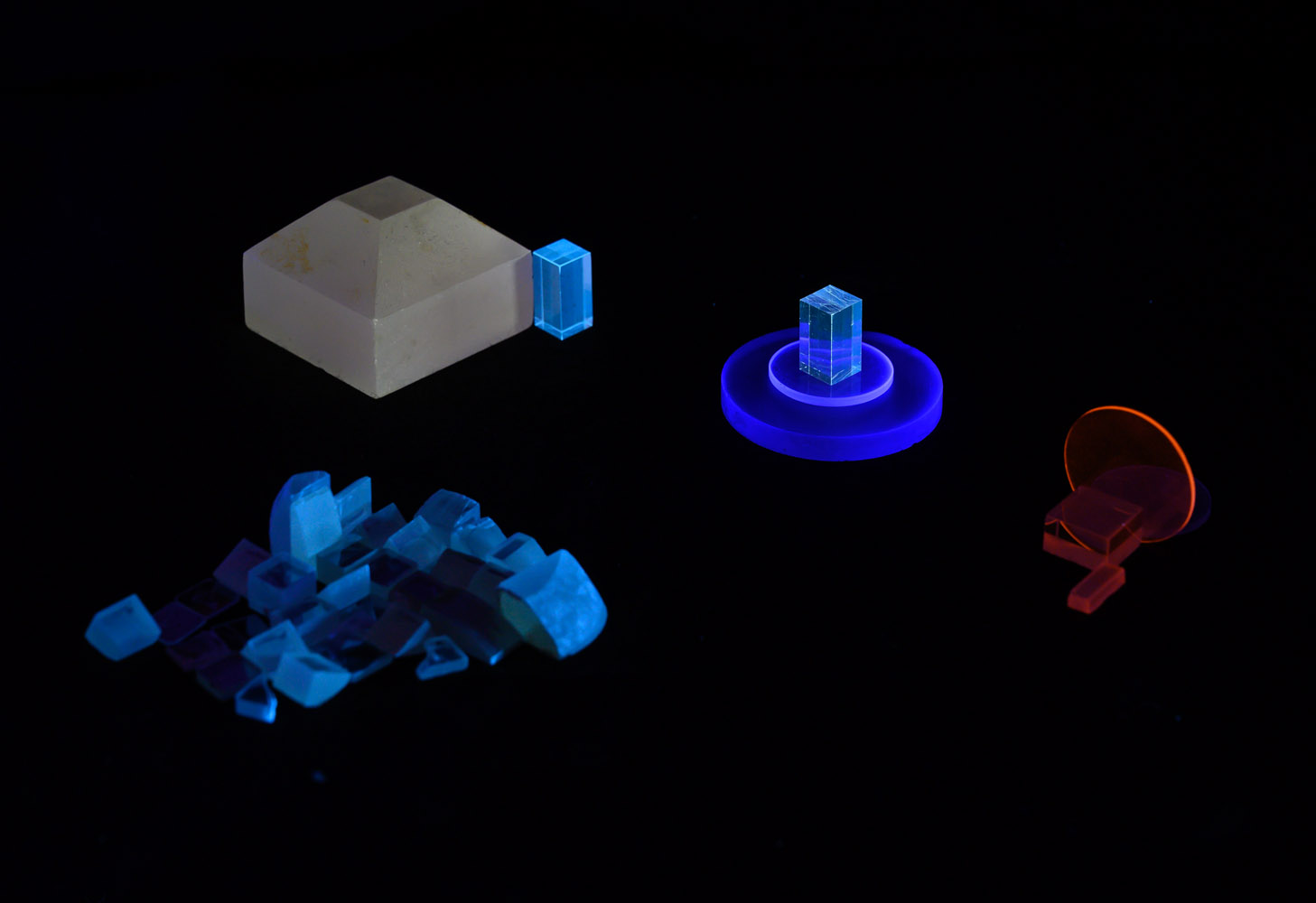 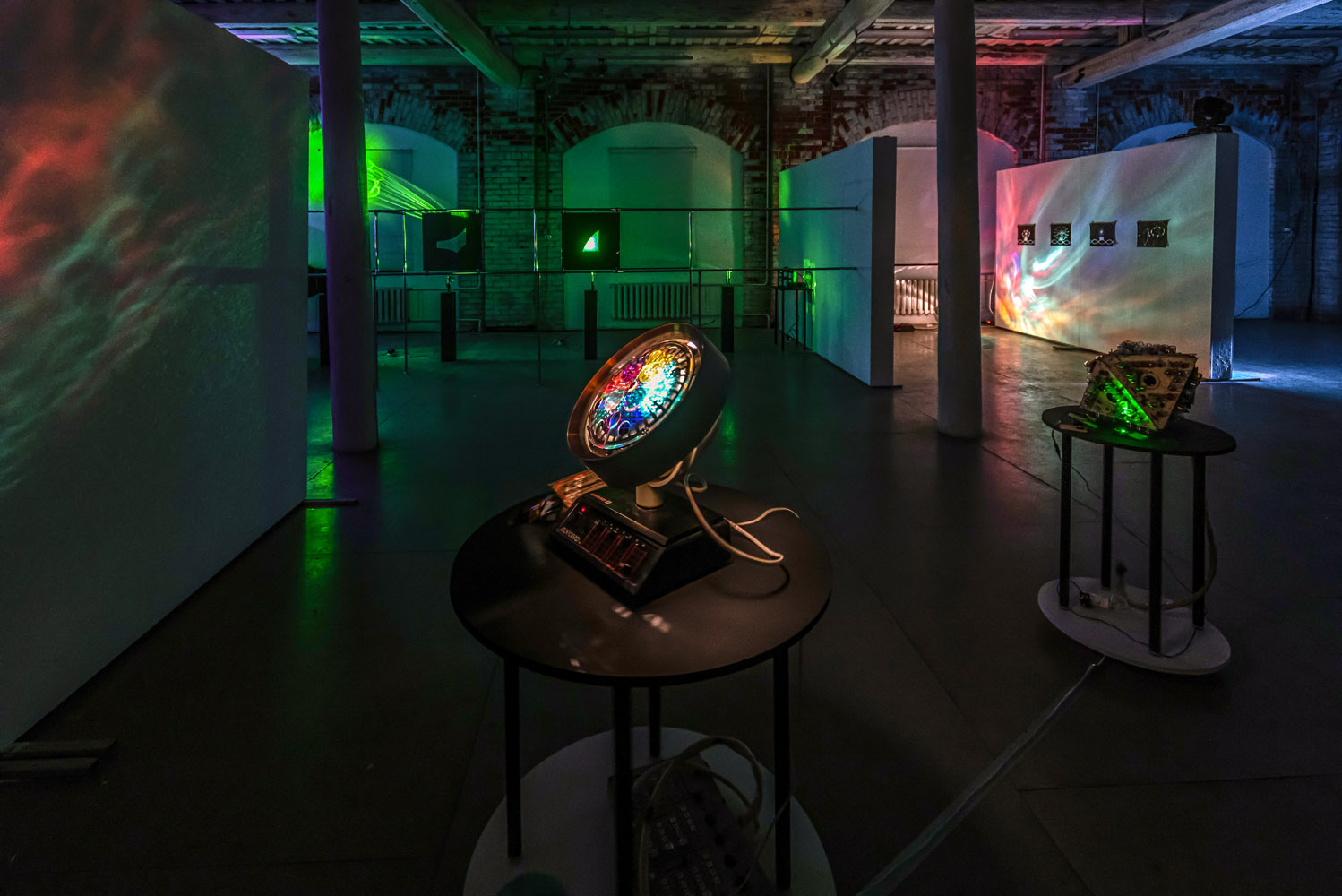 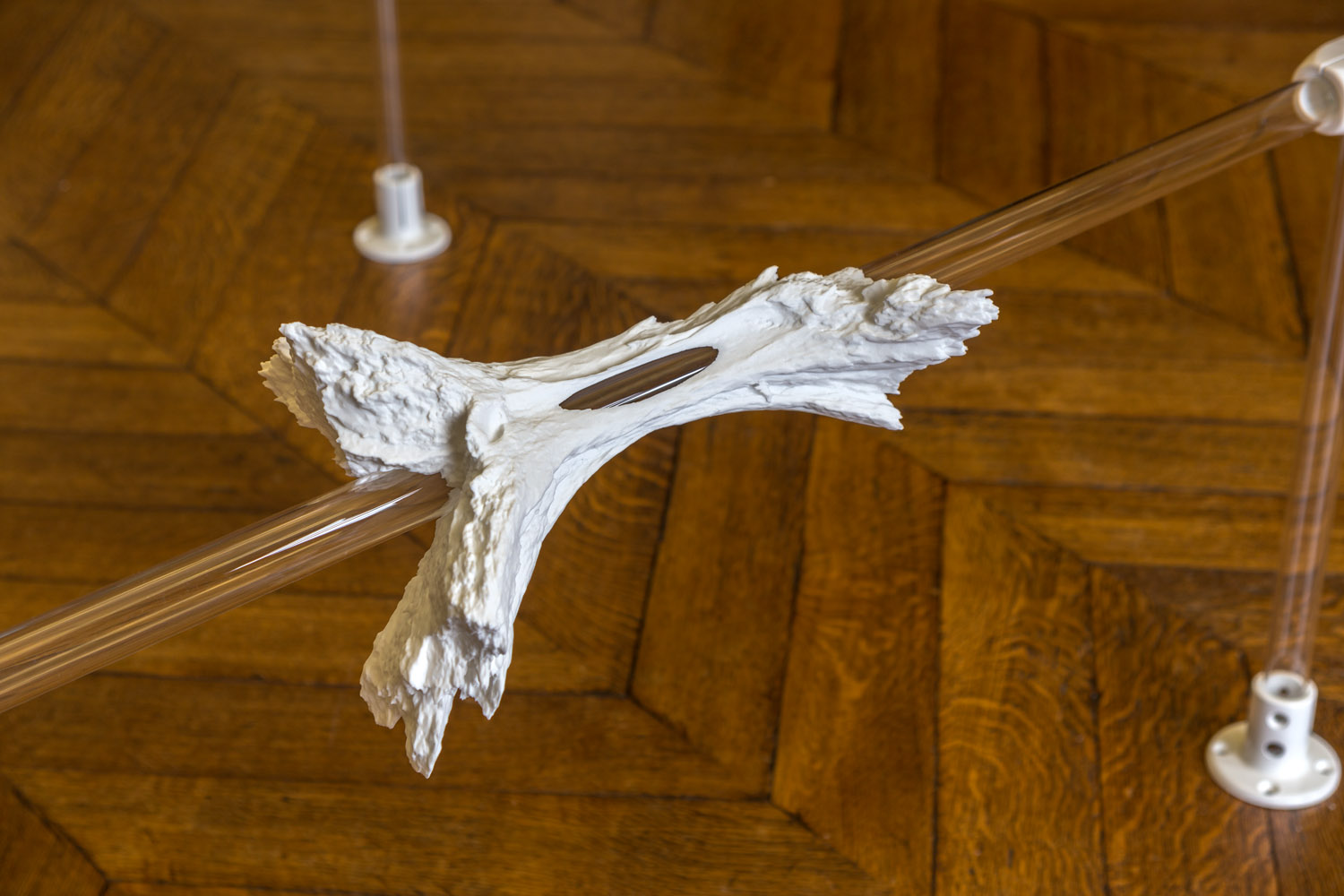 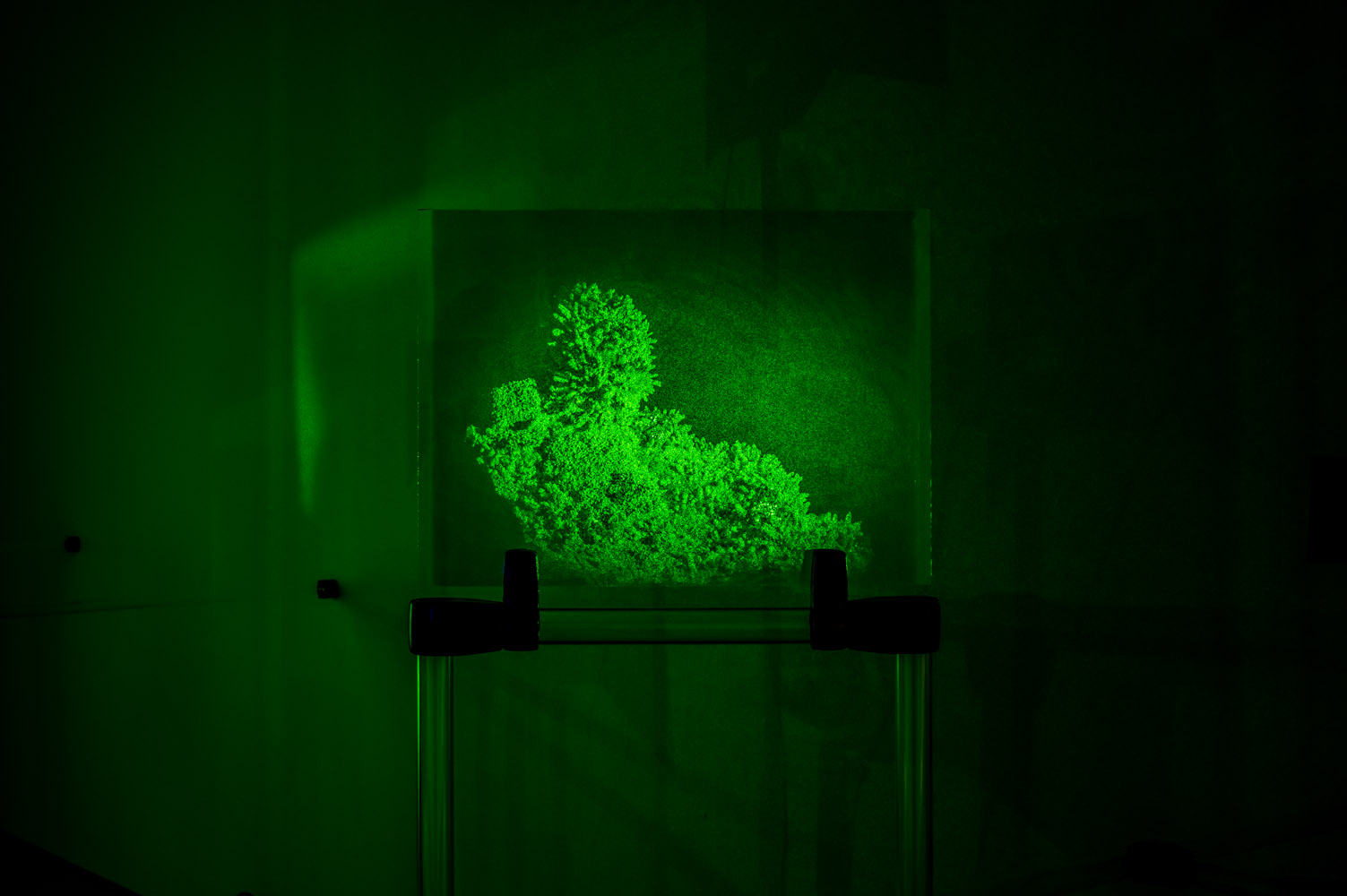 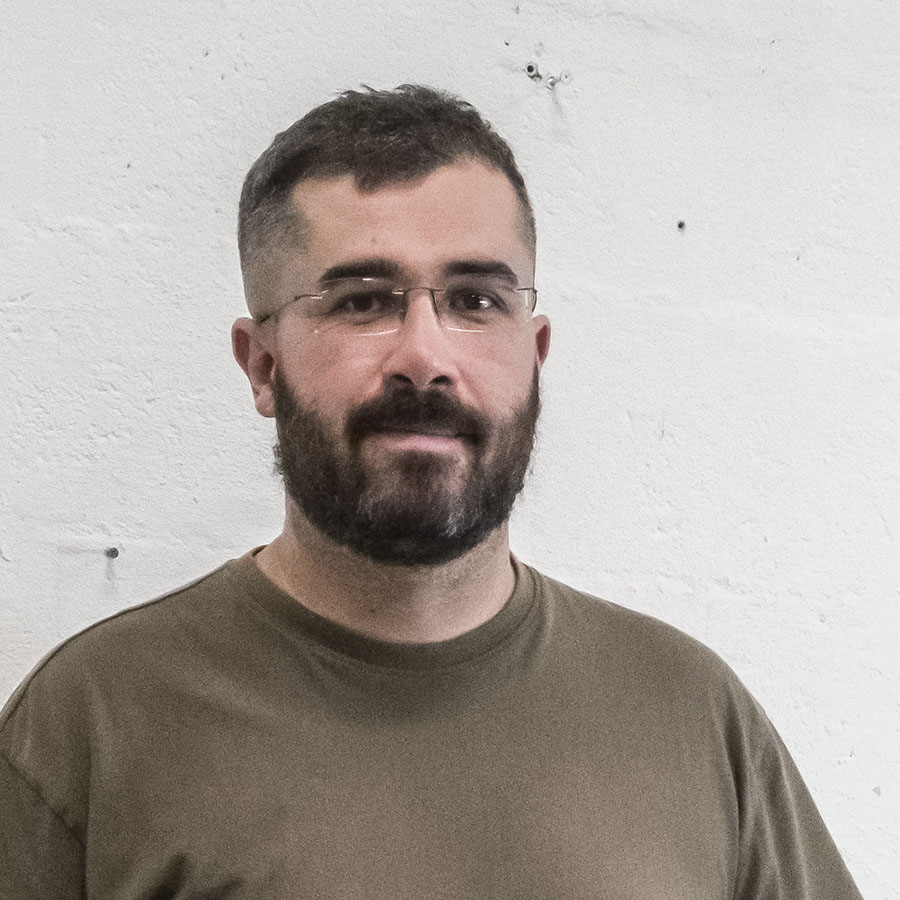 Alan Bogana is a pluridisciplinary Swiss artist based in Geneva, Switzerland. Over the years, He has developed a multiform art practice involving installations, sculptures, time-based media, virtual reality and holography.

His research focuses on the real and speculative behaviour of light as well as on the emergence of organic shapes and patterns by means of technological processes. His works delve into the mediating roles that technoscience cultures play in our perceptions, in our understanding of reality and in the construction of the notion of nature.

Bogana has been the recipient of the Pax Art Award (2019) and the Bally Artist Prize (2018). He has been artist in residence at CERN, Geneva and at the Southern Astronomical Observatories in Chile as part of the Simetría Program (2019), at the Djerassi “Scientific Delirium Madness” Program in San Francisco (2018), at the Landis & Gyr Foundation in Zug (2015), at the Cité Internationale des Arts in Paris (2014), at the Summer Academy Zentrum Paul Klee in Bern (2014), at the Swiss Institute in Rome (2013-14) and with Pro Helvetia in Cape Town (2011).